Jessica Simpson revealed in her new memoir that childhood sexual abuse she experienced led to addiction issues as an adult. ‘Open Book,’ the 39-year-old singer’s upcoming memoir, reveals that she turned to alcohol and pills to help cope with the trauma.Jessica Simpson reveals childhood sexual abuse and addiction issues in new memoir

Jessica Simpson is baring it all in her upcoming memoir, “Open Book.”

The singer, 39, talks about the most intimate moments in her life including her marriage to Nick Lachey, sexual abuse she experienced during her childhood, and the pressure she felt to lose weight, which led her to use diet pills.

Here are the five most shocking things we learned from her powerful new book.

The mother of three revealed that she was inappropriately touched by a family friend’s daughter when she was 6 years old.

“It would start with tickling my back and then go into things that were extremely uncomfortable… I was the victim but somehow I felt in the wrong,” Simpson described in an excerpt from the memoir shared with People magazine.

It took Simpson six years to tell her parents, Tina Simpson and Joe Simpson, and her dad “said nothing” but “we never stayed at my parents’ friend’s house again but we also didn’t talk about what I had said.”

The suppressed trauma led Simpson to turn to alcohol and pills.

“I was killing myself with all the drinking and the pills,” she admitted in her book. She got sober in 2017 after she was too “zoned out” on Halloween to help get her kids ready for a party, Simpson said.

Recording the audiobook of Open Book was one of the most purposeful experiences of my career. It broke me down both physically and emotionally, but I hope everyone who listens will feel my soul and hear my truth through my voice. The new songs I am releasing with the audiobook are what inspired me to write the memoir and they are the musical counterpart to the story. I am so proud of this creation. I hope you love it. ? #OpenBook

“I was terrified of letting [my kids] see me in that shape,” the fashion designer admitted. “I am ashamed to say that I don’t know who got them into their costumes that night.”

Later that night, Simpson said she took an Ambien and woke up late the next morning in an effort to avoid her kids — “I slept in, afraid to see them, afraid I had failed them. I hid until they left, then drank.”

Simpson realized her lifestyle choices weren’t healthy and told a few close friends that she needed help. “I need to stop. Something’s got to stop. And if it’s alcohol that’s doing this and making things worse, then I quit,” she recalled. “Giving up the alcohol was easy. I was mad at that bottle. At how it allowed me to stay complacent and numb.”

3. Her first marriage to Nick Lachey

Simpson divulged about meeting the boy-band singer at an industry Christmas party when she was just 18 and he was 25.

“Nick loved the fact I was so strong in my faith and that I had this wide-eyed innocent approach to life,” she wrote in passages published by People. “When he proposed in 2002, I said yes.”

Nick Lachey and Jessica Simpson arrive for the MTV “Bash,” a night of comedy at the expense of MTV VJ Carson Daly in Hollywood. (Reuters)

Simpson said Lachey was her first love and she was enamored by the musician. Their relationship was featured in its own reality TV show, “Newlyweds: Nick & Jessica,” which chronicled their personal life and catapulted them to superstar status in pop culture.

Though their show only lasted from 2003 to 2005, Simpson said during this time that she and Lachey struggled to keep pieces of their marriage intact and admitted that she felt she was doing their fans a disservice by pretending everything was perfect.

“I couldn’t lie to our fans and give somebody hope that we were the perfect golden couple,” she said. “We were young and pioneering our way through reality television, always [mic’d] and always on.”

“We worked and we were great at it but when it came time to being alone, we weren’t great at it anymore,” Simpson explained. “We really got crushed by the media and by ourselves. I couldn’t lie to our fans and I couldn’t give somebody hope that we were this perfect golden couple.”

Simpson was allegedly asked to lose 15 pounds at age 17 by Tommy Mottola, former CEO and chairman of Sony Music Entertainment, before she was signed, according to People.

Simpson claimed that Mottola insinuated to her that she needed to be thinner to make it in the industry and other execs allegedly asked her to show more skin. Simpson said she ultimately reached Mottola’s weight goal but was “so freaking hungry.”

Simpson said she had weighed 118 pounds and was 5-foot-3 at the time. Mottola’s request led the singer to turn to diet pills in order to drop to 103 pounds. She would continue to pop diet pills for “the next twenty years.”

Jessica Simpson is all smiles at the Water Club where Teen People magazine and Columbia Records hosted a party to promote her new album, Irresistible. (Richard Corkery/NY Daily News Archive via Getty Images)

Also at age 17, Simpson said she began taking sleeping pills in an effort to get the voices in her head to stop taunting her about her weight.

“I started hearing voices when I was alone at night, waiting for the sleeping pill to kick in, ‘Do more sit-ups, fat a–,'” she wrote.

Simpson talks about her dating life, including her relationship with singer John Mayer.

In a 2010 interview with Playboy, Mayer, now 42, called Simpson “sexual napalm,” which she did not find flattering.

“He thought that was what I wanted to be called,” Simpson told People magazine. “I was floored and embarrassed that my grandmother was actually gonna read that.”

She added: “A woman and how they are in bed is not something that is ever talked about. It was shocking.”

“He was the most loyal person on the planet and when I read that he wasn’t, that was it for me,” Simpson said. “I erased his number. He made it easy for me to walk away.”

Mayer apologized in 2017, telling The New York Times that the statement was “far out of touch.”

“I know that he’s publicly apologized and I don’t want to take that away from him,” Simpson said. “I think he knows a lot of this about me already but he doesn’t know the perspective I have as a woman. That was Jess in her 20s.” 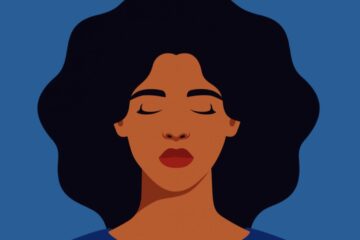