A Star Is Born and Beautiful Boy will likely be listed side-by-side on many awards season prediction ballots this year, already generating Oscar buzz since their festival premieres in September. Both films boast incredibly talented casts and artistic direction, but they also share an important central theme: the toll of addiction.

In director Bradley Cooper’s A Star Is Born, the reality of the disease plays a clear role in the central love story between alcoholic rockstar Jackson (Cooper) and aspiring musician Ally (Lady Gaga). His alcoholism ultimately becomes a turning point for the couple at the center of this ambitious remake, which has earned $94.6 million in its first three weekends at the box office.

Felix Van Groeningen’s Beautiful Boy is based on true events in the life of the Sheff family; father David and son Nic both wrote moving memoirs about the latter’s methamphetamine addiction and are portrayed poignantly by Steve Carell and Timothée Chalamet. It earned distributor Amazon Studios its strongest opening weekend ever and is expanding to more cities Oct. 19, despite lackluster critical reception.

Beautiful Boy currently sits at 71 percent fresh on Rotten Tomatoes, thanks to input from various critics who call it “a bleak addiction drama” showing the “dreary cycles of addiction” in a “relentlessly depressing way.” A Star is Born, on the other hand, is a beloved wide-release blockbuster, labeled “melodrama at its best” with an 89 percent fresh rating.

Though the difference in critical response could simply be attributed to Van Groeningen’s nonlinear story choices, there’s a clear commentary by film critics. This year, they prefer a fictional romance imbued with tragedy to the true story of a family’s hopeful struggle.

These films are both about loving an addict, and the difficulty, mistrust, and pain that can develop from addictive behavior. While it’s clearly more intense throughout Beautiful Boy, the film shows the lifelong nature of living alongside someone consumed by substance abuse. That theme is present in A Star Is Born, and while it’s certainly not romanticized, it plays more into the melodrama of Ally’s rise and Jackson’s fall than the daily realities of a disease.

It could be the star power, great soundtrack, or onscreen chemistry of the undoubtedly talented leads that will draw more fanfare for A Star Is Born. It’s flashier and sexier, and Beautiful Boy is more honest, more lived-in. Maybe audiences would rather empathize with fictional characters. Maybe critics prefer fiction—the movies are an escape, after all. Perhaps they’d prefer to keep reality out of it. 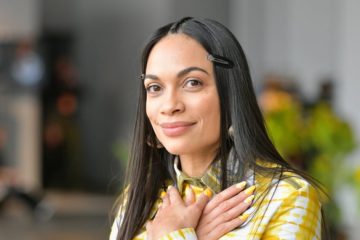