I took on the task of designing a visual identity for the athletic department of one of my favorite universities in my home state, Virginia. The challenge was to create a distinct identity that stands firmly on its own, in a league that includes three other universities that have a spartan as a mascot. It was also important that the identity maintain a cohesion that could scale with the all 15 of NSU intercollegiate sports teams. 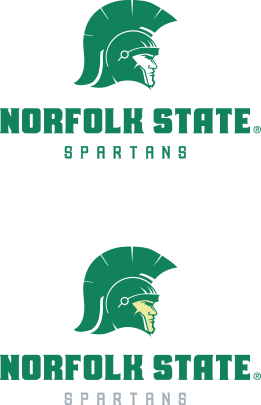