The Rock on Depression: ‘You’ve Got to Talk About It, and You’re Not Alone’

Dwayne “The Rock” Johnson has quickly become one of the biggest names in Hollywood opening up about depression.

The Skyscraper star appeared on ITV’s Lorraine recently, and a discussion of his newborn daughter led to Johnson talking about his lifetime battles with mental illness.

“Depression doesn’t discriminate, and I thought that was an important part of the narrative if I was going  to share a little bit of my story of the past,” he said.

“Regardless of who you are or what you do for a living or where you come from, it doesn’t discriminate, we all kind of go through it. If I could share a little bit of it and if I could help somebody, I’m happy to do it.”

Johnson noted that the conversation — and ongoing stigma — around depression needs to change with men. “There’s just a DNA, a wiring in us and a constitution that oftentimes doesn’t let us talk about when we’re scared or vulnerable or things like that,” the actor said.

“It’s kind of like what’s been deemed as ‘toxic masculinity.’ You’ve got to talk about it and you’re not alone. I was an only child and I kept that bottled in, deep, deep. It wasn’t good, so I am happy to share my story.”

Earlier in 2018, Johnson opened up about his family’s history with mental illness in a lengthy Instagram post detailing his mother’s suicide attempt when the actor was just 15.

“Struggle and pain is real,” he wrote. “We’ve all been there on some level or another.”

Not your typical scene on our comedy #ballers, as I cracked a beer open toasting my character’s brother, William who committed suicide. Got me thinkin’ though bout how many of us have been affected by suicide of our friends, family. Struggle and pain is real. We’ve all been there on some level or another. My mom tried to check out when I was 15. She got outta the car on Interstate 65 in Nashville and walked into oncoming traffic. Big rigs and cars swerving outta the way not to hit her. I grabbed her and pulled her back on the gravel shoulder of the road. What’s crazy about that suicide attempt is to this day, she has no recollection of it whatsoever. Probably best she doesn’t. Shits of a scene to shoot – didn’t like it – but it did reminder that we always gotta do our best to really pay attention when people are in pain. Help ‘em thru it, get ‘em talkin’ about the struggle and remind ‘em that they’re not alone. We got lucky that day when I was 15 and that ain’t always the case.

The Rampage star then took to Twitter to further explain his own battles.

“We all go thru the sludge/shit and depression never discriminates,” he wrote. “Took me a long time to realize it but the key is to not be afraid to open up. Especially us dudes have a tendency to keep it in. You’re not alone.”

Got tons of responses to this. Thank you. We all go thru the sludge/shit and depression never discriminates. Took me a long time to realize it but the key is to not be afraid to open up. Especially us dudes have a tendency to keep it in. You’re not alone

As anyone with a working pair of eyeballs might have guessed, Johnson has said that he primarily deals with sadness by exercising.

“My knee-jerk reaction to sadness is some sort of action,” he said during the Rampagepress tour. “I like to go do something. For me, the going to do something, it sounds boring and cliche, but it is what it is with me, I gotta hit the gym.”

Share your own moment of #HowIGotHelp and let your voice inspire other men.For more information on how to get help for anxiety, depression, and other mental health issues, please check out our list of resources. If you would like to locate treatment services in your area, call the Substance Abuse and Mental Health Services Administration Treatment Referral Helpline at 1-800-662-HELP (4357).

He’s on to something. Studies have shown that getting active can cut a person’s risk of depression by 19 percent. But what’s important is recognizing you have a problem in the first place. If you ever notice one of the eight symptoms of depression, there are numerous ways to seek help for depression, anxiety, and other mental illnesses. 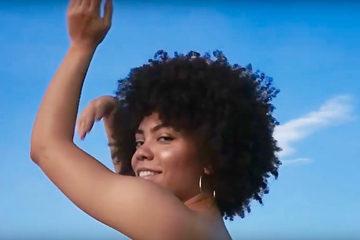 ...a song she wrote about chasing your dreams despite what others say.

How to Get Through the Holidays When You’re Depressed

For those of us who suffer from depression, can render us incapable of getting out of bed and, and can leave us feeling somewhat indifferent,