Why are men still not allowed to talk about their feelings?

“Young men talk about everything: sex, drugs, parties politics, so why is there a silence when it comes to mental health?” asks filmmaker Mollie Mills, who says her recent film Men Don’t Cry is the hardest thing she’s ever shot.

It’s pretty rare to see someone highlighting the pitfalls of hypermasculinity, when as a man, it’s something that remains aspirational. But with suicide being the biggest killer of young men under 45 in the UK, this raw and personal film explores the problem with expecting males to ‘man up’, rather than talking about their issues.

The Silverfish media-produced film initiated by Izzy Graham follows the histories and experiences of men who have suffered as a result of feeling unable to communicate their vulnerability. With shots of men on bikes in London estates and fighting in a boxing ring, the scenes feel familiar but are juxtaposed with a message that isn’t often heard.

The doc’s narrator explains: “Men are walking around with all these emotions, and society is telling them not to talk about it and they just come out in really destructive ways, you have men fighting and killing each other because of poor emotional management.”

Even while filming, Mills notes that an interviewee called in tears after his cousin was murdered on an estate in South London. Featuring mostly young working class males, including Ruff Squad, DELS, Boyadee and Tommy Sissons, it tackles the taboos surrounding men, expectation and emotional trauma head-on. 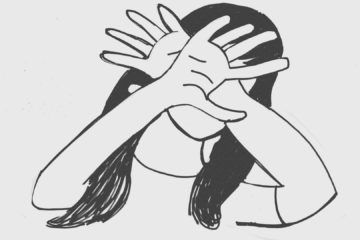