You Have to Watch ‘Beautiful Boy,’ but Not for the Reasons You Think

There’s a scene in Felix Van Groeningen’s film Beautiful Boy where David Sheff (Steve Carell) tells his ex-wife Vicky (Amy Ryan) over the phone that their son, Nic (Timothée Chalamet), is a meth addict and going to die. Their years of sacrifice—emotionally and financially—are seemingly for naught, because Nic relapses no matter how many in-patient rehab cycles and Narcotics Anonymous meetings he goes to.

Somehow, though, Nic survives. His recovery is revealed to the audience in a postscript: the real Nic Sheff has been sober for eight years. Beautiful Boy isn’t interested in that part of the story, or even how Nic became an addict. The movie only shows the “middle” part of drug addiction, intercut with flashbacks from Nic’s childhood.


For over two hours, the audience watches the Sheffs’ pain become more pronounced as David tries to help his son any way he can. What makes it even more heart-wrenching is seeing Nic become sober for over a year—working in a rehab facility, no less—only to relapse harder than ever before.

It was jarring to watch Chalamet’s Nic spiral further and further and then read that the real Nic is, in fact, alive and sober in 2018. The postscript emphasized questions I’d been asking myself for the entire movie: whose addiction stories are being told? Whose are being forgotten?

Beautiful Boy is based on a pair of memoirs, Beautiful Boy by David Sheff andTweak by Nic Sheff. The books detail Nic’s meth addiction, alcoholism, and other drug use through the individual perspectives of father and son. Both were published in 2008, but Nic’s story seems even more topical now. Millions of Americans suffer from substance abuse disorder. A record 72,000 Americans died from an overdose last year.

Nic Sheff’s story is unfortunately not unique. What is unique, however, are his circumstances. The audience can tell from the Sheffs’ Bay Area home, from the Los Angeles sky-rise Vicky lives in, from the opportunities Nic had—both college and rehab—that they have money. A limit to such resources is referenced just once in the film, when David and Vicky veto a rehab option because it would cost $40,000 a month. It’s clear that the Sheffs are an upper middle class (white) family.

As Nic was privileged to receive professional help again and again, he was also privileged to profit off his story multiple times, with father and son memoirs and now film royalties. Nic did relapse after the release of Beautiful Boy and wrote a second book about recovery called We All Fall Down. Now Nic is sober again and writes for TV, including an episode of The Killing. He also writes and produces for 13 Reasons Why.

This doesn’t mean Nic Sheff’s story is not worth telling, but it’s no accident that it’s his story that made it to our screens. Beautiful Boy is a movie in the first place because the Sheffs were able to secure multiple book deals and catch the attention of agents and producers. And it’s not just any movie—it is being released by Amazon Studios and stars 2018’s “It Boy” Timothée Chalamet. There’s been Oscar buzz surrounding it since the release of the trailer, despite the fact that it’s similar to many other addiction movies. There’s a reason this is happening to Nic’s addiction story and not someone else’s—a poor person’s, a person of color’s, a queer person’s—and it’s because of his family’s class, status, and race.

The postscript says that Nic is sober today through hard work and taking it one day at a time. It’s about as happy of an ending as a film like Beautiful Boy can get, but it’s not inspiring or triumphant. It emphasizes how few addicts end up like Nic, not just in terms of the book and movie deals, but also the fact that he’s remained sober long-term.

Beautiful Boy doesn’t hide the ugliest parts of addiction. Nic is sometimes portrayed as a monster, statistics about how low the success rate is for rehab is discussed throughout, and the mental and financial toll on his family is clear. The film shows that addiction permeates class and permeates growing up in a “good” family with a beautiful house and loving parents and step-parents. It doesn’t gloss over anything, showing Nic reduced to behavior like stealing $8 from his young step-brother and encouraging his girlfriend to use. This is all important to see, and I’m grateful to the Sheffs for letting others glimpse their pain on the page and onscreen.

But all I could think of while watching Beautiful Boy is all the pain that I wasn’t seeing, and how we willfully turn away from the plight of addicts without privilege and resources. Don’t watch Beautiful Boy because Timothée Chalamet may win an Oscar, or because of Felix Van Groeningen’s dark filmmaking. Watch it to remind yourself that there are millions of stories like Nic’s, but they won’t have the opportunity to be made into books or films.

People like Nic Sheff and Danielle Steel get book deals about addiction. Sheff will probably be at the 2019 Academy Awards ceremony because of it. What about everyone else? 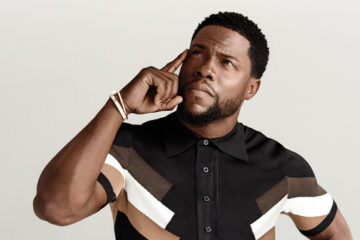 Together the companies will make programming for both YouTube and the Headspace app.