Mutual Cohabitation: 6 Important Pieces of Advice on Moving In Together

Congrats on caring enough about someone to share a bathroom. Now here’s the hard-won wisdom you need to make it work (including that shared-bathroom part).

Know Your Life Is About to Change (Dramatically)

James Joyce once sneered at Jesus of Nazareth for having never lived with a woman because it was, in Joyce’s words, “one of the most difficult things a man has to do.” Now, that’s a prickish thing to say, but it’s also true, and women could say it about men, too: When you first move in together, it will be an inevitably bumpy transition out of full bachelorhood. (Trust me, it’s for the best.) Here are some things you should expect so you can surpass even the Son of God. —Drew Magary

Not living in a disgusting bachelor pad will be amazing
I have no idea how I survived in such squalor. When I lived alone, there were clothes and boogers EVERYWHERE, and I thought that was good living! While sitcoms and beer ads like to take shots at scented candles and throw pillows and other accoutrements of young coupledom, it’s genuinely nice to live in a place that has fresh stocks of toilet paper and doesn’t smell like nightclub barf.

Surprise: You’re essentially married now
A lot of couples live together as a kind of pre-marital test, to see if they can handle living together before making everything official. Well, I’m here to tell you that it’s already too late. This is it, baby. Even if you two end up HATING living together, what are you gonna do, move out? You’d still be on the hook for your lease. Better to spend the next 60 years wallowing in dysfunctional misery.

If you have to be asked to do a chore, you’ve already failed
There are dirty dishes in the sink, and you are supposed to inherently know they must be washed rather than having your lady friend harass you to do it. I can tell you that this kind of household ESP takes roughly, oh, I dunno, ten years to acquire. But as with any superpower, it’s worth it.

You shouldn’t be afraid to need alone time or to ask for it
You are entitled, and encouraged, to carve out space for yourself to go exercise, or walk, or grab a quick bite to eat. Then you can come back to your place refreshed and ready to engage. When couples fail to do this, they unwittingly foster resentments that can last a lifetime. So don’t do that. Go eat a taco alone instead. Your one true love will thank you for it.

You’ll Need to Learn How to Fight

When you live together, it’s very easy to stumble into arguments. You say something innocuous—that you’re kind of over Chrissy Teigen—only to find out it’s extremely divisive, and now you’re both locked in a fight to the death, defending opinions you didn’t even know you held until they were challenged five seconds ago. Which is why every couple needs an argument kill switch, a phrase that you can whip out when you feel a clash brewing. It says, “We disagree, but this fight is not worth it.”

In my relationship, our argument kill switch is “Okay, sure.” The phrase is a quick exit ramp. Say my boyfriend and I are watching Killing Eve, idly chatting about dog ownership. Suddenly, before either of us knows what’s happening, we’re arguing about whether to let our dog sleep in the bed. (We don’t even own a dog.) No matter how furious I am at my boyfriend on behalf of Salami (hypothetical dog), if he comes in with “Okay, sure,” we can both go back to drooling over Sandra Oh. Nothing on earth provides more immediate relief than a timely egress from a squabble that you weren’t that invested in, anyway.

When you uncork an “Okay, sure,” it swiftly martyrs your pride in favor of peace. These days there is ample opportunity to argue your point and back it up with Quinnipiac polls. Make your couch a safe space. —Sophia Benoit

There Is an Art to Combining Your Stuff

Six months before my boyfriend was set to move in with me in Brooklyn, I took a short-term job in Los Angeles. We decided he should live in the apartment while I was gone and start moving his stuff in.

When I came back three months later with one very quintessential L.A. memory of a model taking one bite of a meatball sandwich before throwing the rest away, I walked through our apartment like a Jane Austen character whose main talent is “remembering.” I admired the tiny kitchen. I nuzzled my sofa. Then I walked into our office and found myself face-to-face with a hideous new addition: a teal three-eyed Garfield clock that did not work.

Turns out he had a ton of “art” I’d never noticed, most notably a three-foot-long original painting of the bathtub-fight scene from Pee-wee’s Big Adventure and a massive My Neighbor Totoro poster. The art I enjoyed was already hanging—a large Edward Hopper print, a copy of Artemisia Gentileschi’s Judith Slaying Holofernes, and a Tintin poster—and the clash of styles was startling.

So we talked it out and both realized that in order for it to truly be our place, we had to make concessions for it to feel like a home. He isn’t totally in love with my framed print of a woman gruesomely beheading her rapist, and I don’t feel particularly moved by his painting of Pee-wee Herman, but both are prominently displayed because compromise is literally what love is. And if you need to know the time when you’re over, look for the teal three-eyed Garfield clock; I put some batteries in and it works now. —Nicole Silverberg

The Secret to Sharing a Bed Comfortably

I’m a warm person, but I like to be cold when I sleep—my dream man is amphibious, even corpse-like, to the touch. It’s difficult enough to find a mate whose personality meshes with your own, let alone one whose body temperature and preferred sleeping temperature are compatible with yours. If you, like me, require frigid temperatures to sleep, the prospect of sealing yourself into a feathery coffin with another hot body—who at any given moment may also be farting or flailing around in their sleep—is unsavory enough to discourage dating altogether. Enter the two-duvet system, popular in Scandinavia (where even hotel rooms feature a pair of spotless white duvets laid out on each bed) and among happy, well-rested couples of all nationalities.

For a long time I operated under the assumption that a couple must enjoy physical intimacy even in slumber, but now I know better. Real intimacy is feeling secure enough with a partner that you can give them a good-night kiss and forget all about them for the next six hours, temperate under your own covers. Embracing the two-duvet system doesn’t mean you’re careening toward a teetotaling, sexless, separate-twin-beds lifetime together. It just means you know what you need to make your relationship sustainable. —Lauren Larson

An Ode to the Poop Candle

Despite her young age, I believe Jazmine is my wisest friend. When I told her that I was nervous about moving in with my partner, she reassured me: “It’ll be an adjustment, but it will be fine and eventually fun.” She added, “But definitely buy a poop candle.”

Idiot that I am, my first thought was that she was suggesting something lavender-scented molded out of artisanal fecal matter. But no, what Jazmine meant was a candle—any candle will do—that can be lit in the event of an evacuation of the secondary kind.

Cohabitating well is finding ways to be as considerate as possible, and what’s more accommodating than neutralizing the worst smell your body can be responsible for? Plus, a candle is far more effective than any aerosol spray. It’s not just an aroma cleanser but a signal from afar, one that prevents you from having to say, “Wow, I just went all Jason Statham on the toilet. You might want to wait a sec.” And really, what’s more considerate than that?

Your partner sees an ignited candle and knows exactly what crime you’ve committed. In its own quiet way, the candle says, “I love you, farts and all.” —Kevin Nguyen

In the early days of a relationship, you attempt to craft the likeness of a keeper, even if you can exist on a diet of Dumpster Iron Chef dishes when you’re alone. Cohabitating takes a sledgehammer to all that. Before my wife and I lived together, it was easy to present my best self. If we didn’t eat out, we’d cook for the common good.

But sooner or later, you get exposed. Once, when she was out, I whipped up an old bachelor favorite: the corned-beef-hash burrito. I turned on Lost (when we are alone, guilty pleasures are merely pleasures) and went primal. She came home early, of course, and caught me like a wolfman standing over my kill, flecks of corned-beef hash falling from my mouth as yolk drizzled from my fingers like blood. I did not seem like someone any person would want to start a life with.

She just laughed and said ew without malice, but after that Big Bang Theory–worthy mishap, I cleaved a way forward. —Alex Siquig

Let your true colors shine
We all have unsavory tastes. We like weird stuff. It makes us happy. It completes us. There’s nothing wrong with that. Own your nastiness. Own your culinary turpitude. The way to emancipate yourself is to quit being coy and tell the person you love that you also like eating digestible rubbish.

It ain’t that serious
You are gross. Giggle about the fact that you should never be allowed into any restaurant featured on Chef’s Table, and that’s something you can live with. Having a sense of humor disarms and deflates needlessly defensive urges.

Divulge your secrets
You are two people who have decided to anger two sets of parents and live in sin; chances are that your partner has secret indulgences, too. The moment I learned my (future) wife was obsessed with Arby’s was the moment I knew everything would be okay. 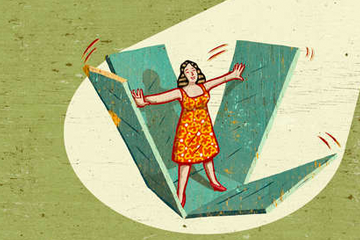 How I Got Away

At 19, I was almost raped. For far too long I thought it was my fault. 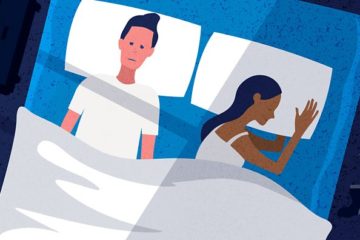 “Real distortions of body image and issues related to body image can make a person so self-conscious that they can’t get turned on,” 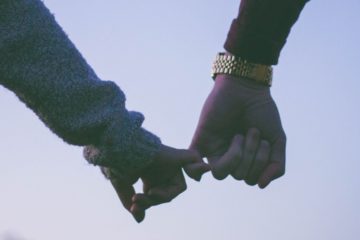 To The Man I´M Dating, Let Me Introduce You To My Depression And Anxiety

"I believe it's necessary to say I come as a package deal. Anxiety and depression like to tag along from time to time."