Legalized marijuana linked to a sharp rise in car crashes

There has been an increase by up to 6 percent in the number of crashes in four of the states where the recreational use of marijuana has been legalized, according to a pair of new studies.

The new reports do not prove there’s a direct risk caused by the use of marijuana among motorists, but they raise caution flags, especially since there is no easy way to test drivers to be sure if they are, in fact, under the influence of THC, the active ingredient in marijuana, said David Harkey, president of the Insurance Institute for Highway Safety’s Highway Loss Data Institute.

“It’s certainly early in the game,” Harkey told NBC News. But, he warned, “We’re seeing a trend in the wrong direction.”

There are now 30 states that have legalized the use of marijuana for medical purposes, with Oklahoma the most recent to join the list. Nine states and the District of Columbia now have legalized recreational use. With a Gallup poll showing 64 percent public support, more states are set to follow, including Michigan, where recreational use is on the November ballot.

“It’s certainly early in the game, but we’re seeing a trend in the wrong direction.”

Since the legalization wave began, safety and health experts have been trying to measure the potential influence on highway safety, though the results so far have been inconsistent and, in some cases, contradictory.

But this is the second year in a row where the IIHS found a troubling trend. A year ago, the non-profit group looked at three states, Colorado, Oregon, and Washington. This year, it added Nevada to the list. Harkey said the IIHS also looked at highway crash data in surrounding states to try to control for factors like weather and the economy.

The studies looked at police reports and insurance claims, finding crashes rose between 5.2 percent and 6 percent in states with legalized recreational marijuana compared to neighboring states where such use remained illegal.

The IIHS also conducted a street-side study of marijuana use and found something Harkey said he saw as particularly concerning. While those under the influence of alcohol tend to either be driving alone or with other adults, about 14 percent of those confirmed to be using pot had a child in their vehicle. That reflects the fact, he added, that marijuana use isn’t confined to evenings and other times when adults are more likely to drink — and abuse — alcohol.

What is unclear is whether that reflects the increasing use of recreational pot or the consumption of medical marijuana to deal with issues like pain or glaucoma, something a patient may time to need.

Harkey cautioned there are limits to what the studies show. There is a “correlation,” reflecting the fact that crashes rose once pot became legal, but that is not the same as “causation,” he added, meaning other, unseen factors could be at work.

That could help explain why earlier studies have often conflicted over the effects of marijuana on highway safety. One, released by the University of Colorado in 2014, showed a surge in fatalities involving stoned drivers. But a study conducted by the National Highway Traffic Safety Administration in Virginia a year later found no clear increase in risk.

Part of the problem is that it is difficult to accurately measure how pot impacts drivers. “Many studies, using a variety of methods, have attempted to estimate the risk of driving after use of marijuana,” a NHTSA report advised Congress last year. “While useful in identifying how marijuana affects the performance of driving tasks, experimental and observational studies do not lend themselves to predicting real-world crash risk.”

Police have a particularly difficult challenge because of the way marijuana works in the body. Blood alcohol levels provide a direct correlation showing how much a motorist has had to drink, with those levels dropping rapidly as someone sobers up. But while THC levels spike after smoking weed or eating a consumable, the psychoactive ingredient remains in the body for weeks, long after it has stopped having any impact.

With so many more states set to permit the use of the drug, Harkey said regulators, law enforcement, and medical authorities need to address “the challenge” and come up with better ways of determining when a driver might be operating under the influence of marijuana.

The singer, 39, talks about the most intimate moments in her life including her marriage to Nick Lachey, sexual abuse she experienced during her childhood, and the pressure she felt to lose weight, which led her to use diet pills.

Throughout Euphoria's first season, we've watched Rue grapple with substance use disorder as a result of her depression, anxiety, and ADHD diagnoses. 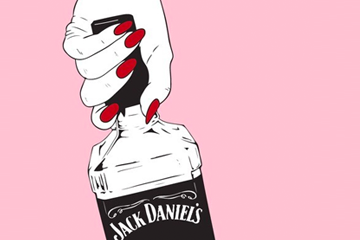 How To Drink Less Even When It’s Challenging, According To Experts

If you're going sober or reducing your drinking for the first time and are finding it difficult, you may feel a bit isolated — but you're definitely not alone.