When you hear the word “career,” most people picture the classic nine-to-five job. Whether sitting at a desk in an office or working behind the counter at a bank, the idea of a traditional career is reinforced by society ad nauseam. But how we work is changing and in many ways due to the Internet and the proliferation of the gig economy. Today, you can make money on your own time and terms through a side job or a full-time operation. Most of us are familiar with the gig economy, even if we’re not aware of it. When you call an Uber, use TaskRabbit, or book an Airbnb you’re engaging in a market of freelancers that operate outside the traditional worker-employer ecosystem. This new system of work is largely made up of small money-making tasks completed on an as-needed basis. The idea is that one uses their skills and time for as many (or as few) jobs as they’d like. Side gigs or a full-time role, the choice is yours, and the possibilities are allegedly endless. Over the last 15 years, millennials have gradually entered the workforce, but instead of adhering to the work structure of our parents and grandparents our mindset is more interested in flexibility and personal growth.

Check out more videos from VICE:

Liz Sampey worked as a doctor of physical therapy for six years until it started to take over her life. “I had to design my life around my work, instead of vice-versa,” she told VICE Impact.

When the mundanity of her career set in, she saw the gig economy as a way out – and hasn’t looked back since. “I moved full-time into my van two years ago and I travel around the world working and playing, which are basically the same thing to me,” she said. “I do what I want and I work when I choose.” Freelancers continually must craft their portfolios and conduct ongoing , all on their own time. Today, Sampey is a professional mountain biker, writer, speaker, coach, and physical therapy consultant, among other things. The job variety perfectly suits her work lifestyle, and where people outside the gig economy see uncertainty she sees opportunity. “I think there is actually more comfort and stability in the fact that I have multiple streams of income,” Sampey said. Working a side gig can give you the freedom to choose how you work. It has many of the benefits people dream about with owning their own business. Once you hit your income goal you can pause freelance work. You can also use the flexibility to work from anywhere. The Digital Nomad movement is devoted entirely to this way of living, with whole communities helping each other work from anywhere in the world. But it’s not all roses, the benefits don’t come without downsides.

There are the standard stresses of being solely responsible for your income or fronting cash for supplies and overhead. Self-employed designers often must pay for expensive essential tools like a computer workstation or expensive programs like Adobe Creative Cloud. Similarly, drivers are required to spend money on a number of hidden costs, from insurance to an iPhone to filing special taxes. Freelancers continually must craft their portfolios and conduct ongoing , all on their own time. Another perk lost to freelancers and independent contractors health insurance. Under the Affordable Care Act, gig economy workers are at least able to have some kind of coverage, which provided people with recourse in the event of emergency or . From the beginning of his campaign, President Trump has vowed to repeal the ACA and that could have a huge blowback on the subset of workers that have gig-based jobs. Many gig economy employees are expressing their uncertainty about their healthcare options under Trump’s new agenda, but only time will tell. Other lost benefits include 401k packages, which means gig workers have to set aside their own savings and aren’t able to build the same kind of equity that traditional employees can. Working multiple jobs can also incentivize unhealthy work habits. Without the labor laws of a typical employer, workers are often encouraged to work as many days in a row as possible. And fierce competition doesn’t just come from the person in the next cubicle anymore; employers can pick from a global pool of workers, which forces some skilled workers to work below their worth. It’s undeniable that work is changing, and as with any change there are growing pains. In New York, ride-hailing giant Uber is under scrutiny for violating driver’s pay and state regulations on taxation. The company made an error that has cost drivers tens of millions of dollars, which they are now being forced to repay back to drivers who could be owed more. It’s an epic facepalm for the company, but a glaring example of how vulnerable gig employees can be without the oversight that traditional work environments provide. Still, there are resources for gig economy workers to find support. Unions are important for securing the rights of workers and protecting them from exploitation. One place for gig workers to turn is the Freelancer Union, which isn’t a union in the traditional sense. It’s a nonprofit federation without any joining fees that has advocated for independent workers’ rights for , including things like disability and healthcare. Other employees have recognized the lack of protections for and filled the void within their industries themselves such as the App-based Drivers’ Association. It’s undeniable that work is changing, and as with any change there are growing pains. But with the opportunity to work when and where they want, millennials are not only taking advantage of the moment, they’re growing with it and shaping the future of work for better or worse. 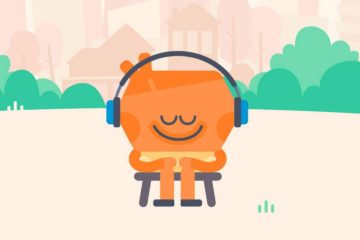 4 ways to keep the momentum rolling on mental health

Mental health is a key ingredient of human capital, but has remained one of the most neglected areas of health. 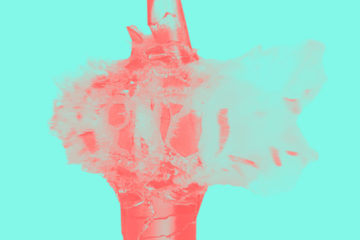 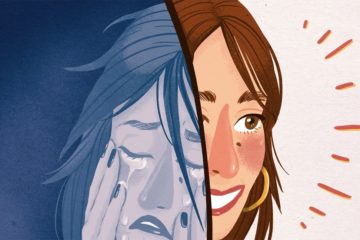 How to deal with depression at work

Working with depression can feel like slogging through the mud. Try these strategies to help you maintain professionalism and cope with your symptoms.