This is a story about how a mismatch clothing wearing, Star Trek loving, rock-n-roll playing,  black man from Virginia (my home state) saved my life forever.

It was summer, freshman year of college I played a lot of basketball, worked out, conditioned, eat, went to church, worked, rinse and repeat all summer long. The radio was always on when I worked out and Pharrell’s song Fronting’ was a huge hit and I always played it loud.

See, back then I had only heard of Pharrell and seen him in a couple of music videos. So I thought Pharrell was just another flashy super producer on all the songs.

Before headed to Florida to start my sophomore year, I worked at a basketball camp at a college in Virginia. I arrived early for work one morning and killed some time by reading about some of the players in their media guide. There was a Q&A section at the end of each player’s bio. One of the questions posed to a player was: Who is your favorite musician or band? I’ll never forget his answer. He replied by saying NERD is his favorite band. I had never heard of this band and I was intrigued, I mean who names a band NERD? Pharrell does!

Later that day, I Googled the band and was blown away when I saw Pharrell and his bandmates pictured on the album cover. I thought he was just another rapper and made only pop and rap music. I read about the band, got in my car and drove to the nearest store that sold CDs and purchased the first album appropriately titled “In Search Of”. If my life were a book the title of this chapter in my life would be: “In search of” – that explains I was in my life during that time. Little did I know then, Pharrell and NERD would change my life forever!

Back then I was an athlete and had always identified myself as an athlete. Being a young black student-athlete during those days meant you lived, eat and breathed sports. I took pride in being an athlete and I felt that being a basketball player defined my worth. Needless to say, I had a pretty narrow view of the world back then.

This is why Pharrell saved my life: I would only play one season of basketball before sustaining an injury that would basically end my career. If it weren’t for that crack in the door that Pharrell left I would’ve gotten stuck in life – and believed my life had no purpose without being an athlete. Pharrell showed me new possibilities for life as a young black male who wasn’t an athlete or thug but instead was well-spoken, enjoyed reading and learning all kinds of things and enjoyed creating and designing things. What Pharrell showed me has been one of the biggest blessings in my life! Pharrell’s footsteps lead me to embrace my creative spirit and to explore ways that design, the creation of products, and user experiences can lead to a purpose-filled life while making a positive impact in the lives of other people.

Thanks so much, P! 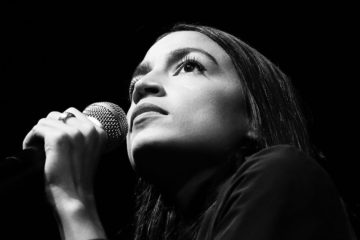 Her Influencers and Interviews Sexual Assault

“And I’m a survivor of sexual assault,” she continued her voice breaking. “I haven’t told many people that in my life.”

This Is What Couples Therapy Can Actually Solve

Thinking about making a last-ditch effort to avoid a breakup? 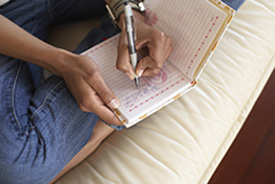 The more I heard about practicing gratitude, the more I thought, "That definitely isn't for me." It's not that I don't